I Was Told There Would Be More: Book Review of The Vanishing American Adult

by The Green Room in Future of the Movement, Resource Reviews, Theological Discussions, Unsolved Problems

Why should we think adulthood is synonymous with independence? This article originally appeared on June 22, 2017, in Comment, a publication of Cardus. 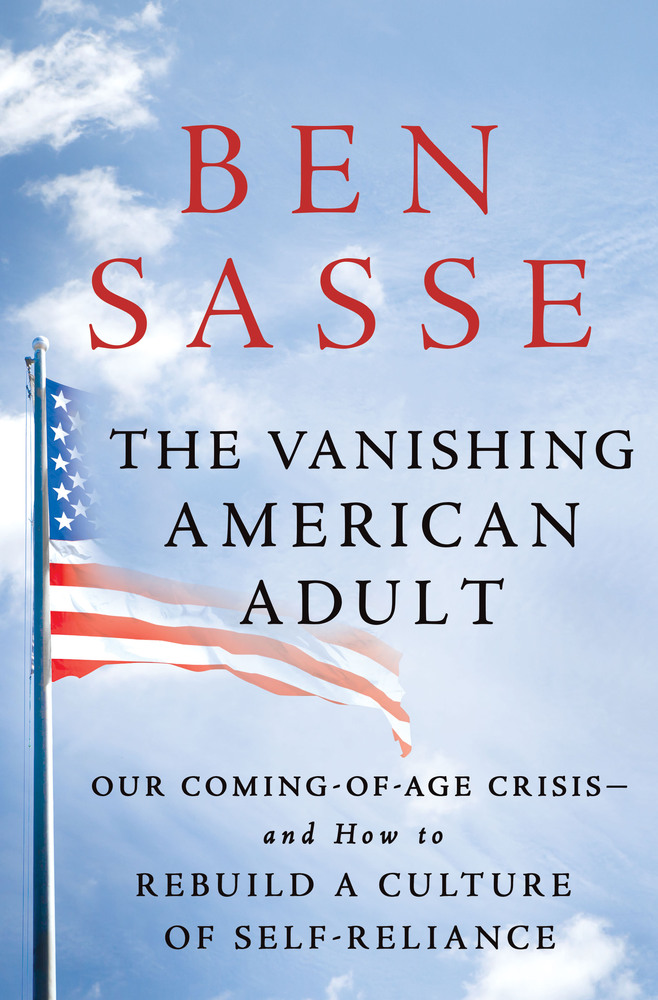 The Vanishing American Adult: Our Coming-of-Age Crisis and How to Rebuild a Culture of Self-Reliance St. Martin’s Press, 2017. 320 pp.

For the other animals, adulthood is easy. One obtains sexual maturity and there you are. For human beings, however, adulthood is a matter of self-inflicted complexity, because it involves attaining a moral and often material status as much as a physical one. Contemporary adulthood, in particular, is so internal a matter as to be a subject of constant personal and public anxiety. That is to say, even someone who acquires all the material trappings of adulthood—a job, a spouse, progeny, financial independence, a house—may not feel much like an “adult,” any more than the unmarried single person who wonders if these achievements would in some way cement a life. Instead, adulthood becomes a state of not needing, materially or emotionally, that lasts until the decline of one’s health in old age.

For Americans, there’s another wrinkle. As a country that has always defined itself both pridefully and insecurely against an older world, the United States is not too settled on whether adulthood is a satisfying condition. Indeed, the American adult who looks around and thinks, is this adulthood? I was told there would be more, is a literary cliché. Faced with adulthood and its attendant domesticities and responsibilities, American heroes run; not invariably, but often enough. So if you title your book The Vanishing American Adult, as Ben Sasse does, just about every term in the title raises a question.

Sasse’s own book opens with a warning that the kind of economy that rewarded this kind of work is about to go out the door and never come back, but the rest is a plea that the habits the economy supposedly rewarded remain in place without the reward.

Sasse’s motivating concern is that, given the coming wave of automation, we will require a generation of exceedingly “nimble and entrepreneurial workers” to survive. As he points out in his introduction, even work that we consider highly skilled “knowledge work—such as that done by a doctor or a lawyer—can be replaced by automation. But precisely at the time we need these nimble entrepreneurs, he fears, we are raising a generation that is unable to rise to the challenge. By way of example, he talks about watching a bunch of students decorate a Christmas tree only as high as their arms could reach; none of them thought to fetch a ladder. These children are not going to save us from the robots.
At the same time, despite the looming threat of automation, Sasse singles out for praise those who mostly do as they are told. On the one hand, for Talia Jane, an employee at Yelp who penned a complaint to Yelp’s CEO about her low wages, Sasse mostly has scorn. “Our Founders . . . would panic about the survivability of a nation if we have too many Ms. Janes,” he comments. She’s not going to save us from the robots either. On the other hand, for Stefanie Williams, who penned a viral rebuttal to Jane in which she extolled how she had “put in the hours, made the sacrifices and sucked up my pride” for a waitressing job that required her to miss “Christmas Eve, Christmas Day and New Year’s Eve with my family and friends,” Sasse has only praise. But while I also admire—who doesn’t? —the quality of simply getting one’s work done, Williams’s virtues won’t enable survival in a largely automated economy. If the workforce becomes largely automated, the bulk of the jobs will be in robot management, and there won’t be very many of them.
Most of Sasse’s positive examples of adulthood—that is, of working—are of people who put their heads down, don’t complain, and get things done no matter how hard. At one point, when discussing his grandparents, he compares their work ethic to that of Boxer, the horse from George Orwell’s Animal Farm. But Boxer works himself to the point of physical damage and then is sold to a glue factory. He’s a noble dupe, on whose behalf you feel indignation. His selfless and tireless nature makes him easy to abuse; he buys into a story about work that is meant to trap him. So do all the animals on Animal Farm, who work without complaining as their farm devolves from egalitarian utopia to the situation they intended to liberate themselves from in the first place. Whatever else you want to take from Animal Farm, at least one moral is that those who spin tales about the virtuous nature of toil are usually not to be trusted.
To be clear, I too admire these sorts of people—again, who does not? But where do they go if there is nothing at all for them to do? Why train uncomplaining workers for a world without work? Sasse’s own book opens with a warning that the kind of economy that rewarded this kind of work is about to go out the door and never come back, but the rest is a plea that the habits the economy supposedly rewarded remain in place without the reward. Like Animal Farm‘s pig-despot Napoleon, Sasse is telling a story that doesn’t quite add up. Is being a nimble entrepreneur the same thing, after all, as being an adult? Is being a worker the same thing as being an adult?
The picture Sasse paints—of the youth so unable to survive that they can’t stop leaving work early, or decorate a Christmas tree—isn’t a familiar one to me, but not because I’m particularly high on the virtues of my own generation. I just think the vices run a different way. It’s not clear to me that many of my peers have a vision of a world without work at all. By the time most of us approached our college years, we had thoroughly internalized the idea that we live to work. It’s why any of us went to college at all.

My peers know they are expected to do whatever it takes to be a desirable employee—move anywhere at any time, do anything, stay available, work as long as possible—but they also know that even as they hollow out their lives to accommodate the demands of the workplace, they can’t expect much. What’s crucial is taking the advantage that you can—by being, for instance, the woman who never needs to take maternity leave (if it’s even available); or the man who never has to leave early to take care of his kids; or by never being sick, disabled, or needy. They understand they live in a world in which the worst thing one can ever be is vulnerable. What they have total contempt for, deep in their bones, is the loser.
When I first opened my copy of The Vanishing American Adult, I turned to the index to see if, by chance, there was an entry for James, William. There’s not, which is a pity, because James, like Sasse, prefers the virtues that come with buckling down and getting unpleasant things done, but with a different emphasis. In one of his books, he recommends deliberately seeking out one thing you don’t want to do every day just to develop the muscle of “doing things you don’t like.” Like Sasse, who ends his book with an imagined commencement speech from Theodore Roosevelt, James can sound endearingly old-fashioned. Take, for instance, his anger in The Varieties of Religious Experience over the American fear of poverty:

When we of the so-called better classes are scared as men were never scared in history at material ugliness and hardship; when we put off marriage until our house can be artistic, and quake at the thought of having a child without a bank-account and doomed to manual labor, it is time for thinking men to protest against so unmanly and irreligious a state of opinion.

But though James often celebrates a certain kind of willfulness—choosing to believe, choosing to live, choosing to do the hard thing—he disdained, at the same time, what he called “the exclusive worship of the bitch-goddess SUCCESS.” His desire was for people to stop being so afraid of losing status that they were unwilling to live. His disdain is aimed entirely at the wealthy, who are too frightened of losing what they have to take a risk, build a life, or have a family. And if he were writing now, he might take on a different kind of fear—not of poverty, but of this future without work. What is your adulthood, he might ask, if it can’t exist without this prop? Don’t you know that there are many people who have never been able to beself-reliant, to work? Can’t you live if this is taken away?

Suppose adulthood were not synonymous with independence, not synonymous with working, not synonymous with grit or with achievement. Suppose adulthood is instead about accepting dependence, that you can’t take care of everything on your own, that you have limits; suppose the story we need is not the one about the worker who always says yes, but the person who is willing to say no—to the boss, to the job, to work. If we are heading into the post-work future, then the solution is not to double down on the American worship of work, but to build a future in which the American adult can exist with or without it. There have been other spheres—the domestic, to pick one not entirely random example—in which people have been able to cultivate virtue, derive identity, and contribute to society. But work—Boxer-the-carthorse work, nimble-entrepreneur work—is going away. It’s not coming back. It’s time for us to face that future—which is to say, it’s time to grow up.

B.D. McClay is associate editor of The Hedgehog Review. She has written for Commonweal, Books & Culture, and First Things, among other publications.